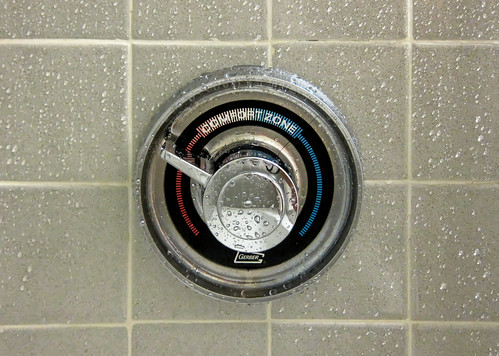 Although that room in Lincoln, California, was filled with around forty men, it was so quiet you could’ve heard a mouse burp. I’m not sure I would have heard that because my heart was beating so loudly. Those men were staring up at me, waiting for me to start singing a song I had written. Boy was I nervous!

Minutes before I was introduced to the small crowd, I was sitting in my chair thinking I was going to get sick. What was I thinking? How’d I let myself get into this situation? Then I realized it was all Mrs. Blackwell’s fault.

I first met Mrs. Blackwell when my wife started playing piano at Mt. Olivet Baptist Church, which is a primarily African-American Church in Olivehurst that can trace its roots to 1852. My wife also played at the Chapel at Beale Air Force Base. Now I can’t remember how it happened, but somehow I ended up in the Base chapel choir for their Christmas Cantata. I think they just needed to fill a spot because they never even heard me sing. If they had, perhaps they would’ve realized why I was told many years ago by a Japanese musician friend that I was “tone blind”; I knew he meant “deaf” and I got his not-so-subtle hint.

Anyhow, one day I walked into an office at Beale to update my contractor identification and one of the people working in that office was Mrs. Blackwell from Mt Olivet Baptist. We chatted for a bit, and I told her I had recently joined the choir at the base chapel.

She gave me a mischievous look and said, “I’ll have to keep that in mind.”

Why’d she say that? I thought as I walked out of the office. About a week later I got my answer when I received a phone call.

“Bob, this is Mrs. Blackwell from Mt. Olivet.”

“Well hello, Mrs. Blackwell. What can I do for you?”

“Well Bob, I was wondering if you might be able to help us out with our entertainment for our Christmas program.”

“What do you want me to do? Join the choir or something?”

“No. I was hoping you could sing a solo.”

“Mrs. Blackwell, you know I did join a choir, but I stand way in the back where I can hardly be seen, or heard. I…I… don’t know about singing a solo.”

“I’ll tell you what. Let me think about it for a few days, and I’ll get back to you.”

Once I hung up the phone my first thought was, how am I going get out of this?

However, that same day I started listening to a recorded sermon by Pastor Kevin Thompson, of the Bay Area Family Church in Hayward, California. In his sermon, Pastor Thompson encouraged his congregation to challenge themselves, to go beyond their comfort zones.

Wow. Singing a solo at Mt. Olivet would certainly put me beyond my comfort zone, I thought. Heck, I might be able to make a lot of people uncomfortable just by hearing me sing!

It just so happened that during this time I was also attending a Bible study organized by Heritage Church in Lincoln, which unlike Olivehurst, is a relatively well-heeled community a little south of where I live. During the study I was so inspired by Romans 1:20 that I wrote a song about it.

Maybe I could sing the song I wrote? That way, no one would know if I was singing it wrong. So I gave Mrs. Blackwell a call and told her that I would sing a solo for their Christmas program.

And that’s exactly what happened. Christmas week arrived and I sang my song at Mt Olivet. The congregation was warm, enthusiastic and supportive. They clapped and sang along and I felt rather proud of myself. But then I wondered if maybe this African-American congregation was just enjoying the novelty of a red-headed white guy singing in their church. And would they have been just as supportive, although confused, if I was up there singing “Row, row, row, your boat”?

Meanwhile, the Bible study in Lincoln had taken a break in December and reconvened in January. The leader of our small group, Tim, asked us to share stories we had about our Christmas and I spoke about writing a song and singing it for a congregation.

“Wow, Bob, that’s great. Do you think you could sing that song and give your testimony in front of our larger group sometime?” asked Tim.

“Uh, yeah, I guess”, I responded, feeling rather surprised he would ask me to share my testimony.

After our meeting, I approached Tim and asked, “Are you sure you want me to give my testimony? You do remember that when I introduced myself to the study group I explained I’m a member of the Unification Church founded by Reverend Moon?”

As I was later leaving the study room, I glanced behind me and saw Tim speaking with the church’s pastor.

Eventually weeks went by, and I was never approached again about singing that song, so out of curiosity I asked Tim about it.

“How ‘bout you sing your song, but don’t give your testimony?” Tim suggested.

“Okay. I can do that,” I said, thinking, whatever. 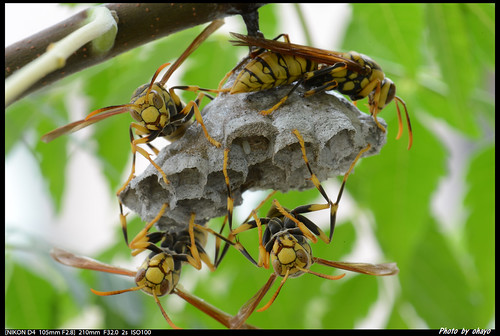 And that’s how I ending up standing in front of a bunch of WASPs. And I’m not talking about the insects. I’m talking about White Anglo-Saxon Protestants. I wasn’t quite sure if it was because of my religious affiliation, or because they were just a bunch of white guys, but this crowd wasn’t nearly as supportive as the one at Mt. Olivet. In fact, the difference was, well, black and white.

Come on you guys, loosen up a bit, I wanted to tell them, but I didn’t. Instead, I simply took a deep breath and began singing:

Somebody told me,
Someone said,
Somebody told me that God was dead.
But I didn’t listen to a thing they said,
‘Cause I knew it was just a lie.
I said, oh, won’t you listen,
‘Cause I’m ‘bout to tell you why.

You see, I saw my babies
when they were being born.
And I watched the sun arising
In the early morn,
And I heard a song of a whippoorwill,
Saw flowers growing on a distant hill,
Tried counting all the stars up in an endless sky,
Saw a flock of birds as they flew by.
You know that’s just a few of the reasons why
I say, oh my Lord, you’re everywhere I go.

You’re in the mountains, way up high,
In the desert dry,
In the country, and the city,
In the ugly and the pretty,
In a forest and a stream,
I say…up….down…and in between.
I say, oh, my Lord, You’re everywhere I go.

You’re in the black and in the white,
In the day and in the night,
In a servant and in a slave,
In the righteous and in the brave,
In the humble and the meek,
In the strong and in the weak,
I say, oh, my Lord, you’re everywhere I go.

But I’m not a blind man, for I can see.
I know there’s a lot of pain and misery.
And sorrow may be your friend.
But if you can trust in the Lord,
Your heart can mend, and then…

When I finished singing, the room was still rather quiet, and some of those guys looked like they were in shock, at least for a short moment. And I thought, that wasn’t so bad after all! It fact it was quite exhilarating standing there, beyond my comfort zone.

6 thoughts on “Beyond the Comfort Zone”