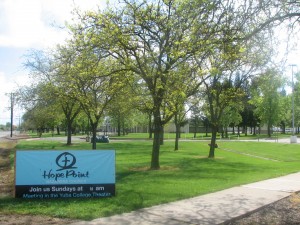 A great band playing music and singing about God was a welcome relief compared to the last time I was at the Yuba College theatre, nearly seven years ago, which was when my wife and a couple of friends had come to see a play.

Some time back, a friend told me, “Bob, the only culture you know about is agri.”

Well, I’ve been trying to change that. After all, my wife has a college degree in English with a minor in music. Even if it’s just by osmosis, I have been getting a bit more cultured. In fact, one of best times I ever had was watching I Love you, You’re Perfect, Now Change, a play by The Acting Company in Yuba City. Because of that great experience, I got the inspiration to invite my wife and a couple of friends to see a play at my alma mater. Bad idea.

Try as I might, I could not get into Betty’s Summer Vacation, even though I did know it was a satirical black comedy. Maybe it’s just me, but a homosexual serial killer storing body parts in a freezer and a flasher flashing on stage just didn’t seem that funny. As I walked out with my wife and friends to get our money back, the last scene I remember seeing was someone holding what was supposed to be a frozen penis they just pulled out of the freezer. Ha…Ha… Ha. I can only take this culture stuff so far. The last time I encountered something that stunk so badly at Yuba College was years ago when people around me in my accounting class started sniffing and turning up their noses. I looked at the bottom of my shoe then noticed I must have accidentally stepped on a cow patty while cutting across the neighbor’s pasture on my way to school.

This Sunday morning was quite a different experience however. I was there because I’ve been visiting places of worship throughout the Yuba/Sutter area, taking pictures and writing about my experiences. 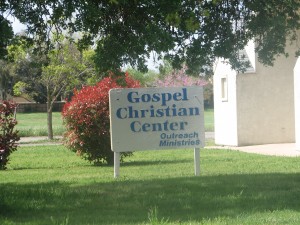 Driving east on North Beale Road past Yuba College, I noticed a sign for “Hope Point” Sunday worship service at 10:00 a.m. I made a mental note of it and headed towards the corner of North Beale Rd. and Griffith Avenue where I had hoped to attend service at the Gospel Christian Center. Driving by I noticed there was only one car at the church and it was almost ten so I knew their service would be later. I headed back to Yuba College to check out “Hope Point”.

I was late, so I quickly walked up and into the theatre which was fairly full. A band was playing Christian music and I found a place to sit near the back. The crowd was mostly younger Caucasians singing and clapping to the music. I did notice some African-Americans, but not many. 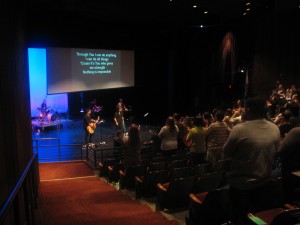 I’ve been to services like this before, churches that have started outreach in a community through a more established church in another location. It seems to work well. I took a few pictures after asking if it was okay, and I was pleased to hear that newcomers weren’t expected to donate anything when the offering plate went around. I don’t mind giving, but I was planning to also attend an additional church that day. 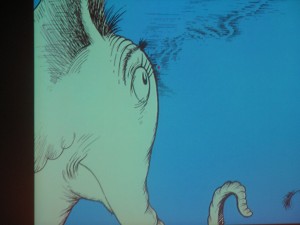 The sermon was a series titled, “Seeing Truth in Dr. Seuss”. Of course it was geared more toward the children in attendance. I wondered what the adults in the audience thought about the presentation. I could relate to what the pastor had to say about not worrying about being cool and fitting in. I don’t think I’ve ever been cool. And as for fitting in, well, I’ve been a member of the Unification Church since 1978. The pastor also told the children they need to be willing to make fools of themselves for God. I’m not sure how often it’s been for God, but for me, making a fool of myself just comes naturally.

I left the service early since I wanted to go to the Gospel Christian Center for their service. I snuck out the back door and headed outside and took a few more photos.

While leaving, I stopped and talked to a guy that had been directing and greeting people near the college parking lot as they headed towards the theatre. I started up a conversation and asked him how long he’d lived in the area. He told me he’s lived here for about six years.

I pointed to a small commercial building on Beale Rd. and mentioned that I’ve never seen a business make a go of it there. I told him that one of the weirdest businesses I ever saw there was a place called “Magnolia Thunderpussy” which was some kind of strange restaurant that specialized in desserts that resembled certain parts of the human anatomy. I’m not going to go into details, but let’s just say that if that restaurant had been in business at the time “Betty’s Summer Vacation” was playing, it could have supplied some of their props.

Not only that, Magnolia Thunderpussy was a real person, who had obviously changed her name, I hope. She had a few of these “restaurants” in the San Francisco Bay Area. For some reason, it just didn’t catch on in Linda.