Rain? I really hadn’t expected that.  Probably should have checked the weather forecast before driving over the Sierra Nevada Mountains; but it had been so long since we’d experienced rain during California’s extended drought, I just didn’t think about it.  My windshield wipers  groaned to life after months of non-use, their steady beat contrasting with the tempo of Beethoven’s “Eroica” Symphony playing on the CD. (Yes, I had to look that up.)

It was nice to have the rain, but after such a long dry spell the roads can be slick and quite treacherous, so I made a mental note to drive extra carefully, as I passed Nevada City and continued east into the mountains on Highway 20.

Soon I was on Interstate 80 and  briefly visited the Donner Pass Rest Area.  Afterward I noticed the traffic was barely moving as I slowly merged back onto the freeway.  About twenty feet further I was stuck in stationary traffic for nearly three hours. There had been an accident; a semi-truck had spun out on the rain-slick road, flipped over, and was blocking the interstate.

I must have just missed that accident, I told myself. Although the long wait was a major inconvenience, I was grateful to be safe. Sitting in my car I contemplated what it might have been like to grow up in the nearby town of Truckee, where  my dad, mother and I had lived when I was a toddler.  Dad helped to build the freeway I was currently stranded on. He had been a Grade Setter for Caltrans. If it hadn’t been for my mother being pregnant with my brother, or if Truckee had a hospital back then, we might have planted our California roots in that small mountain town.

I was currently heading to Las Vegas for the grand opening of the International Peace Education Center (IPEC) and to attend a 7-day Divine Principle Workshop hosted by the Unification Church (now officially known as the Family Federation for World Peace and Unification, or FFWPU). Originally I wasn’t sure I would be able to afford the time or money for the workshop but I told God that if I could sell my truck and trailer, I would go.  Thanks to Craigslist, they did sell, and I had to keep my promise. I chose to drive through Nevada because I had already driven many times to Vegas through California and  wanted a change of scenery. Also, by traveling through Nevada,  the “Sekhmet Temple of Goddess Spirituality” would be on my route and I wanted to stop by.

While most people seem to think the journey from Reno to Las Vegas is rather boring,  personally I find the solitude and open spaces of the Nevada desert to my liking. The drive gave me welcome hours of quiet and peaceful meditation.

Many miles and several naps later, I approached the small community of Indian Springs, which is home not only to Sekhmet Temple, but also Creech Air Force Base. Currently, the base’s main activity is “to engage in daily Overseas Contingency Operations [7]…of remotely piloted aircraft systems which fly missions across the globe.”[8] Its mission has also included support for nuclear testing at the nearby Nevada Proving Grounds.

Following the map sent to me by Candace,  resident priestess of Sekhmet Temple,  I found it with no problem, parked my car and began to walk around the well-kept grounds.

Approaching a small building, which I assumed was the temple, I was startled by what appeared to be someone inside. However, that “person” turned out to be a stone statue of Madre De Mundo, Mother of the World. Inside the temple and around the property were various statues and depictions of what appeared to be goddesses, and an altar for Our Lady of Guadalupe.

After taking a few pictures, I walked toward a nearby house, hoping to find Candace. As I neared the residence, I could see someone watering plants.

“Are you Candace?” I asked.

I didn’t talk with her a long time. I could have asked a lot of questions about theology, or what they hoped to accomplish at this oasis in the desert, but their website already explained a lot.
www.sekhmettemple.com

Before I left, Candace told me that before moving the training elsewhere, Creech AFB used to send their assistant-chaplains-in-training, to the Sekhmet Temple for a walk-through and to get information. With the exception of one rabbi, who refused to visit, I imagine these future chaplains might have found their visit educational and enlightening, even if only to experience a different faith tradition.

As I was leaving, I took a few more photos and realized this was the only religious site I’ve visited where a worship service wasn’t taking place at the time. It would have been nice to see people gathered at the temple, walking the labyrinth, or simply doing whatever they do.

After depositing a small donation in a  box  near the parking lot,  I walked back to my car, leaned against a fender and looked back at the temple grounds.  As I stood there enjoying the beauty of the nearby mountains (which I later realized was the Spring Mountain Range where my workshop would be held), I could understand why someone would want to come here to escape the stresses of modern life.

On the Sekhmet Temple website I had read about their passion for peace and social justice, which reminded me of the time  I was threatened by “peace activists” while taking photos at a “peace rally” in Auckland, New Zealand. Those peaceful folk went ballistic when they saw The Washington Times (conservative- leaning publication based in Washington D.C.) emblem on my photography bag and ID and wanted to beat me up.

Well, Candace didn’t seem to want to beat me up, and I believe our encounter was beneficial. In fact I’d like my wife to meet her someday, they probably have a lot in common.

I’m not sure what to think about a temple dedicated to  goddess spirituality, although I definitely believe in the concept of a “sacred feminine” and that for too long God has mostly been depicted as all-male. The Bible does say in Genesis that God made man in His own image, male and female He made them. 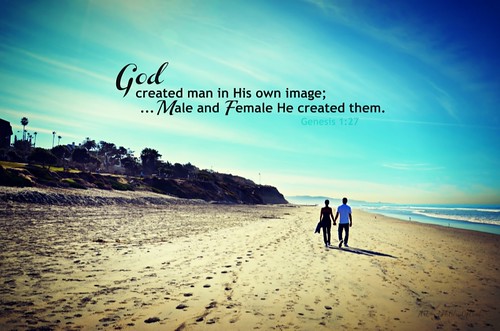 The Divine Principle of the Unification Church describes God as a harmonized being of dual characteristics, masculine and feminine, just as all creation is also made up of those characteristics.

Judging by the kind of reception The Da Vinci Code novel received in certain quarters, the promotion of God’s feminine aspect is not yet a majority view.  Like my journey through Nevada, it is a “road less traveled”, in the unforgettable words of Robert Frost.  And as he well knew, those less-trodden paths can end up making all the difference.

Windshield in the Rain