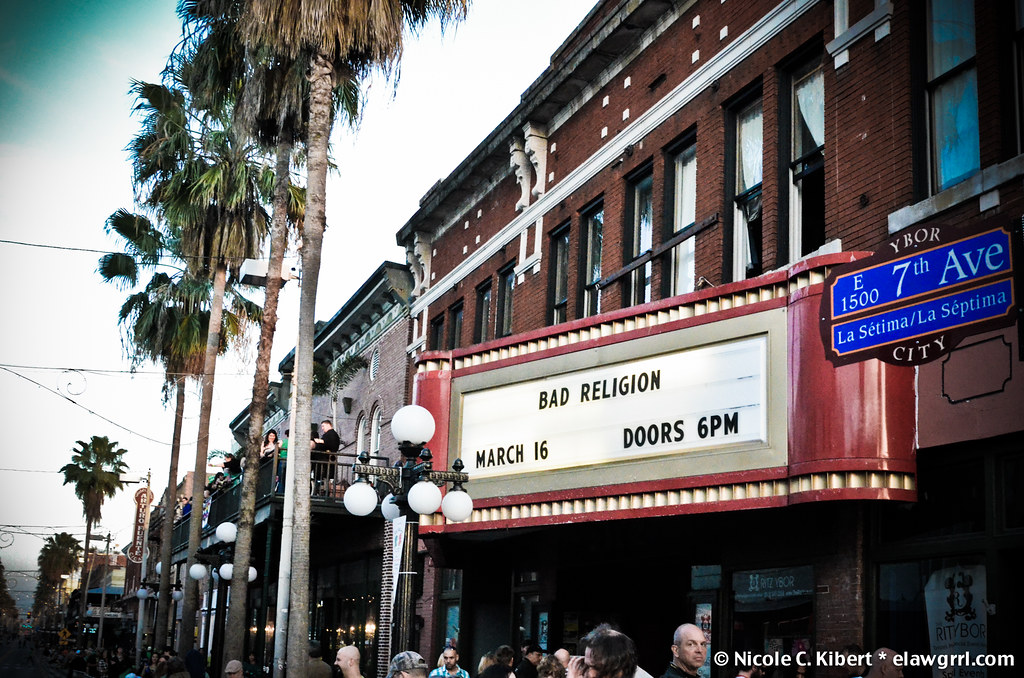 “Bullshit,” shouted Fred’s widow in her Oklahoma accent,  as she sat next to my dad  in a church pew.

She was responding to a statement made by the pastor at Fred’s memorial service, “Fred was such a great guy, always serving others and helping out at the church. He was also a loving husband.”

Many of us know people like Fred, who appear to be deeply religious, go to church on a regular basis, study their bible and whenever they get a chance, ask us if we know Jesus.

One time when I was a young boy walking home after Little League practice, Fred offered me a ride after I ran into him at the old Linda Market (where you can still see the steel pillars erected after my mother tried to turn the store into a drive-through). It wasn’t anything Fred said that got me thinking about Jesus, it was his driving.

I should have known better. My dad had warned me not to ride with him ever since that time he was with Fred when Fred drove through a stop sign.

“It’s the law. The fourth car doesn’t have to stop,” Fred countered.

“Oh, I didn’t know that,” my dad responded sarcastically as he worried about making it home safely.

Luckily, on my ride home from the Linda Market there was only one stop sign, we weren’t the fourth car, and we made it safely to the driveway of Fred’s ramshackle homestead. However, just as I breathed a sigh of relief and thanked Jesus for my life, Fred jumped out of his pickup as it was rolling down the driveway! As I sat there in the passenger seat in mild terror, and later amusement, the truck smashed into Fred’s barn and stopped. I could tell by the barn’s losing battle against gravity, he had done this many times before. 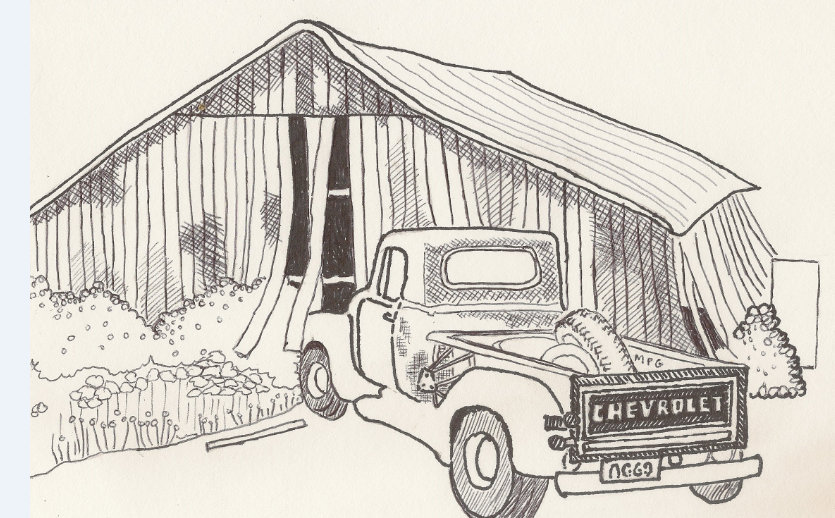 Although Fred was a great source of amusement and future blog posts, because of a series of moral indiscretions and an anger problem, he was not a very good advertisement for Christianity.

Sadly, religion does not guarantee that someone will be a good person.

Respected columnist and radio talk show host, Dennis Prager writes about a kind and non-judgmental young man who joined a Jewish Institute that Prager once directed. After a month of studying and living Judaism the man decided to become a fully practicing Jew. When he met the young man about a year later Prager says he was judgmental and very critical of his fellow Jews. Unfortunately it appeared that he was using religion as a tool to measure other people by, instead of a vehicle for his own self-improvement.

Prager has often stated that one of man’s greatest sins is to make God look bad. How sad it must make God feel if the people that believe in Him and proclaim His love aren’t very loving.

While shopping at the Grocery Outlet in Yuba City, I often chat with   Miranda, one of the cashiers, about visiting local churches and writing about them in my blog. She invited me to The Bride Church several times. Before I had managed to go there my wife and I were driving on Highway 99 and passed a yellow food truck on which we could see the words “Mobile Meal Ministries”.  There was also a small picture of the Blues Brothers on it and the words “On a mission from God”, which made us chuckle. After my wife commented, “There’s some good religion”, then I really knew I had to stop by The Bride Church since  I knew that  Mobile Meal Ministries (3M), an outreach to the homeless, was associated with it. 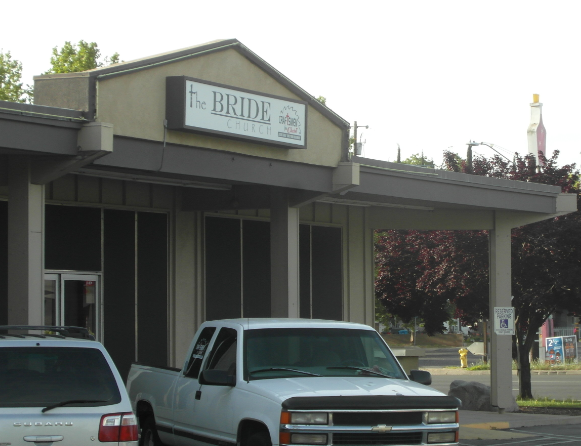 Not long after I entered The Bride Church and the service began, I could tell they were running out of room. The sanctuary was filled to capacity. The pastor, Bob Ouzts, addressed their space problem in his sermon and definitely caught my attention when he mentioned their church might be expanding into Wheatland, which is where I live.

The primarily Caucasian congregation consisted of a good variety of young and old which was impressive. I enjoyed the music the small band played and I noticed that many people joined in the singing, which is often not the case in many of the churches I’ve visited. I was intrigued by the custom-built plexi-glass enclosure built upon the stage to contain the drummer and his/her drums and assumed it was to tone down the loudness.

What especially impressed me about this church was their good works. The pastor, Bob Ouzts, founded the successful service group, “Craftsmen for Christ”, which utilizes primarily Christian volunteers to help low-income people repair and modify their homes, particularly if the resident is disabled.

A short presentation was given by church members Dr. Frank Smith and his wife about how they have been able to help facilitate the installation of water wells, promote entrepreneurship and work towards improving cocoa production in Ghana through the group Afrihope.

The brochure given to people entering the church listed many of the church’s activities, which included a marriage-changing seminar, a mission to South Sudan and various programs for men and women of all ages. And of course, the Mobile Meal Ministries (3M).

Pastor Bob certainly seemed like a very sincere man and after telling the sad story of a young man who recently died of a drug overdose, he tearfully shared,

“I don’t understand how a man can go before the Lord and ask for help and appearingly on this side of heaven not get it. ….Hurts.”

Pastor Bob shared of how when he was ten years old and on his first at-bat of the season in Little League he hit a grand slam homer. Unfortunately that was the last home run he ever hit because he lost his confidence and was afraid of failing.

Later on, he continued that most of us are on this side of what God has asked us to do and we’re sitting there in fear.

In short, it certainly seemed to me that The Bride Church represented good religion. Of course I have no idea how many people like my old neighbor Fred, or Dennis Prager’s former student, belong to The Bride Church congregation, but I can imagine that the lives of many people might have improved because of their association with the church. However, as I was about to finish writing about my enjoyable visit I discovered something rather disturbing.

I wanted to clarify something about the April 19th service I attended and proceeded to watch the recorded service online. However, I accidentally downloaded the April 12th 11:00 am service and stumbled across a skit claiming that Buddhists, Hindus, and especially Muslims are essentially Satan’s buddies. I respectfully disagree with that narrow viewpoint.

In a similar vein, a few years ago, another church decided to set up shop in Wheatland and to introduce themselves, mailed out a flyer educating my fellow Wheatlanders about the evils of Mormonism.

I find it terribly sad when religious people, primarily through their ignorance, attempt to build themselves up by tearing down the faith of others. If we have confidence in our own beliefs, and if the religious group we are associated with has “good fruits” we are proud of, we should be able to stand on our own merits and not need to disparage others.

That said, all in all, I guess I would still encourage people to experience The Bride Church at 655 Colusa Ave, in Yuba City and to visit them in Wheatland if they expand. Although, unless you have a desire to perform in a skit, you just might want to leave your, turban, skull cap, head-scarf or other non-Christian paraphernalia at home.